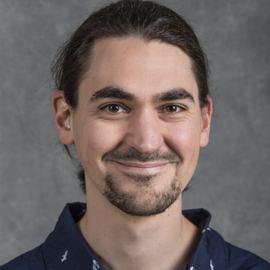 At the DOE Joint Genome Institute, I lead the Viral Genomics group where we explore viruses of microbes and their impacts on ecosystems using (mostly) fancy ‘omics tools. Our current projects include the study of viral diversity and virus:host interactions in soil and freshwater environments, along with the development of new bioinformatics tools and experimental protocols to probe and characterize uncultivated viruses. We also assist users of the JGI Metagenome Program with their analysis, including identification of viral sequences, functional annotation, taxonomic classification, etc.

The long-term goal of my research is to understand the ecological and evolutionary drivers of virus:host dynamics in natural microbial communities. This research involves a mix of experimental and computational approaches spanning from the molecular to the ecosystem scale, trying to address fundamental questions like “how do viruses spread and adapt across environments ?”, “how do viruses take over and reprogram microbial cells ?”, and “how do viral infections alter ecosystem processes ?”. - Virus-driven alterations of microbial metabolism in soil
We plan to study viral diversity and virus:host interactions in two model systems (East River hillslopes and Green Butte biocrusts) from the single-cell to the ecosystem level. Project goals include (i) characterizing new mechanisms by which viruses transform microbial cells, (ii) investigating how how virus:host interactions are transformed by changes in local environmental conditions, (iii) developing innovative methods to measure viral presence and activity in natural soil systems. 5-year project funded by the DOE Early Career Research Program, in collaboration with the Brodie Lab and the Northen Lab. (Pictures courtesy of Tamy Swenson & Brodie Lab) 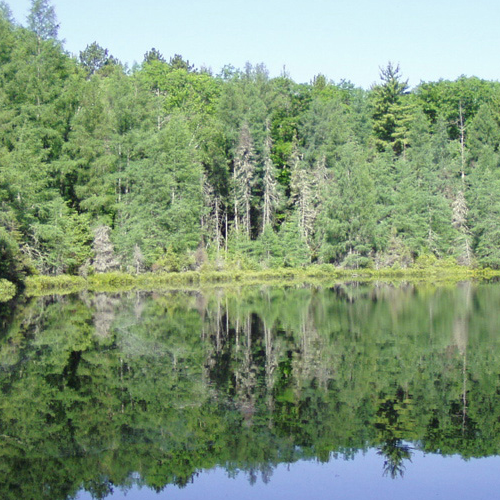 - Virus:host interactions in model freshwater lakes
We study virus:host interactions in Trout Bog Lake based on targeted metagenomics coupled with time-series samples spanning across a decade, to better understand long-term dynamics between key viruses and bacteria in this ecosystem. In collaboration with the McMahon Lab. Now published !! (10.1038/s41396-020-00870-1) (Image courtesy of Trina McMahon) 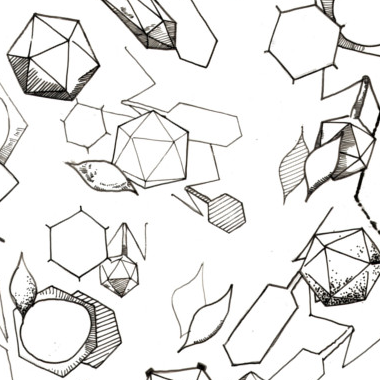 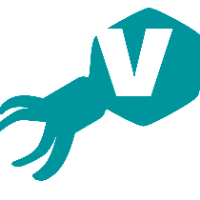 Teaching and other Online Resources

Coclet & Roux, Current Opinion in Virology 49, 117-126 2021
Bacterial communities play critical roles across all of Earth’s biomes, affecting human health and global ecosystem functioning. They do so under strong constraints exerted by viruses, that is, bacteriophages or ‘phages’. Phages can reshape bacterial communities’ structure, influence long-term evolution of bacterial populations, and alter host cell metabolism during infection. Metagenomics approaches, that is, shotgun sequencing of environmental DNA or RNA, recently enabled large-scale exploration of phage genomic diversity, yielding several millions of phage genomes now to be further analyzed and characterized. One major challenge however is the lack of direct host information for these phages. Several methods and tools have been proposed to bioinformatically predict the potential host(s) of uncultivated phages based only on genome sequence information. Here we review these different approaches and highlight their distinct strengths and limitations. We also outline complementary experimental assays which are being proposed to validate and refine these bioinformatic predictions.

Ecology and molecular targets of hypermutation in the global microbiome

Roux et al., Nature Communications 12, 3076 2021
Changes in the sequence of an organism’s genome, i.e., mutations, are the raw material of evolution. The frequency and location of mutations can be constrained by specific molecular mechanisms, such as diversity-generating retroelements (DGRs). DGRs have been characterized from cultivated bacteria and bacteriophages, and perform error-prone reverse transcription leading to mutations being introduced in specific target genes. DGR loci were also identified in several metagenomes, but the ecological roles and evolutionary drivers of these DGRs remain poorly understood. Here, we analyze a dataset of >30,000 DGRs from public metagenomes, establish six major lineages of DGRs including three primarily encoded by phages and seemingly used to diversify host attachment proteins, and demonstrate that DGRs are broadly active and responsible for >10% of all amino acid changes in some organisms. Overall, these results highlight the constraints under which DGRs evolve, and elucidate several distinct roles these elements play in natural communities.

Extreme dimensions — how big (or small) can tailed phages be?

Berg et al., The ISME Journal 15, pages1569–1584 2021
Viral infections of bacterial hosts range from highly lytic to lysogenic, where highly lytic viruses undergo viral replication and immediately lyse their hosts, and lysogenic viruses have a latency period before replication and host lysis. While both types of infections are routinely observed in the environment, the ecological and evolutionary processes that regulate these different viral dynamics are still not well understood. In this study, we identify and characterize the long-term dynamics of uncultivated viruses infecting green sulfur bacteria (GSB) in a model freshwater lake sampled from 2005-2018. Overall, our data suggest that single GSB populations are typically infected by multiple viruses at the same time, that lytic and lysogenic viruses can readily co-infect the same host population in the same ecosystem, and that host strain-level diversity might be an important factor controlling the lytic/lysogeny switch.

Schulz et al., Nature 578, 432–436 2020
Our current knowledge about nucleocytoplasmic large DNA viruses (NCLDVs) is largely derived from viral isolates that are co-cultivated with protists and algae. Here we reconstructed 2,074 NCLDV genomes from sampling sites across the globe by building on the rapidly increasing amount of publicly available metagenome data, leading to an 11-fold increase in phylogenetic diversity and a parallel 10-fold expansion in functional diversity. We anticipate that the global diversity of NCLDVs that we describe here will establish giant viruses—which are associated with most major eukaryotic lineages—as important players in ecosystems across Earth’s biomes.

Roux et al., Nature Microbiology 4, 1895–1906 2019
Bacteriophages from the Inoviridae family (inoviruses) are characterized by their unique morphology, genome content and infection cycle. To date, a relatively small number of inovirus isolates have been extensively studied. Here, we show that the current 56 members of the Inoviridae family represent a minute fraction of a highly diverse group of inoviruses. Capturing this previously obscured component of the global virosphere may spark new avenues for microbial manipulation approaches and innovative biotechnological applications.